New Yorkers know that there’s little about their city that’s quiet or unassuming.

With a population of more than 8 million people all hustling against the backdrop of skyward-stretching buildings, it can be an overwhelming place for unfamiliar visitors (and even for the locals on some days).

To avoid biting off more of the Big Apple than you can chew on a first visit, consider visiting a mix of highlights that reveal a specific side of the city on each day of your stay. Here is New York “three ways” – with time, of course, allotted for a bite to eat here and a beverage there.

For all that changes in a New York minute, plenty of iconic places have stood the test of time. Get your bearings with a small group walking tour of Midtown Manhattan led by in-the-know guides of Viator tours.

Explore the beaux-arts beauty of the New York Public Library, art deco Empire State Building and, of course, the landmark Grand Central Station. Not just for commuters, fuel up here with Nordic-leaning snacks — open-face sandwiches and Danish-style hot dogs in the Great Northern Food Hall – or slurp just-shucked oysters and a cup of chowder at the century-old Grand Central Oyster Bar.

Trade skyscrapers for towering trees with a walk or a spin through Central Park, 840 acres of green spanning from 59th to 110th Street – with plenty of photo ops that include a castle, a zoo and a canoe-dotted pond alongside a boathouse. Or, tag along on one of the free tours covering Strawberry Fields and kid-friendly nature hikes on offer from the Central Park Conservancy.

Cap a classic New York day with a Broadway musical. Scout discount tickets at Broadway Box and Today Tix. Or, try your luck for day-of shows at the flagship TKTS booth in Times Square (line up around at 10 a.m. for a matinee and at 3 p.m. for an evening show). After the show, wander over to the Rum House, an intimate cabaret-style piano bar, for a quaff off its clever cocktail list.

Insider scoop: For one of the city’s best views visit the Top of the Rock Observation Deck. Purchase timed tickets in advance to avoid the lines. 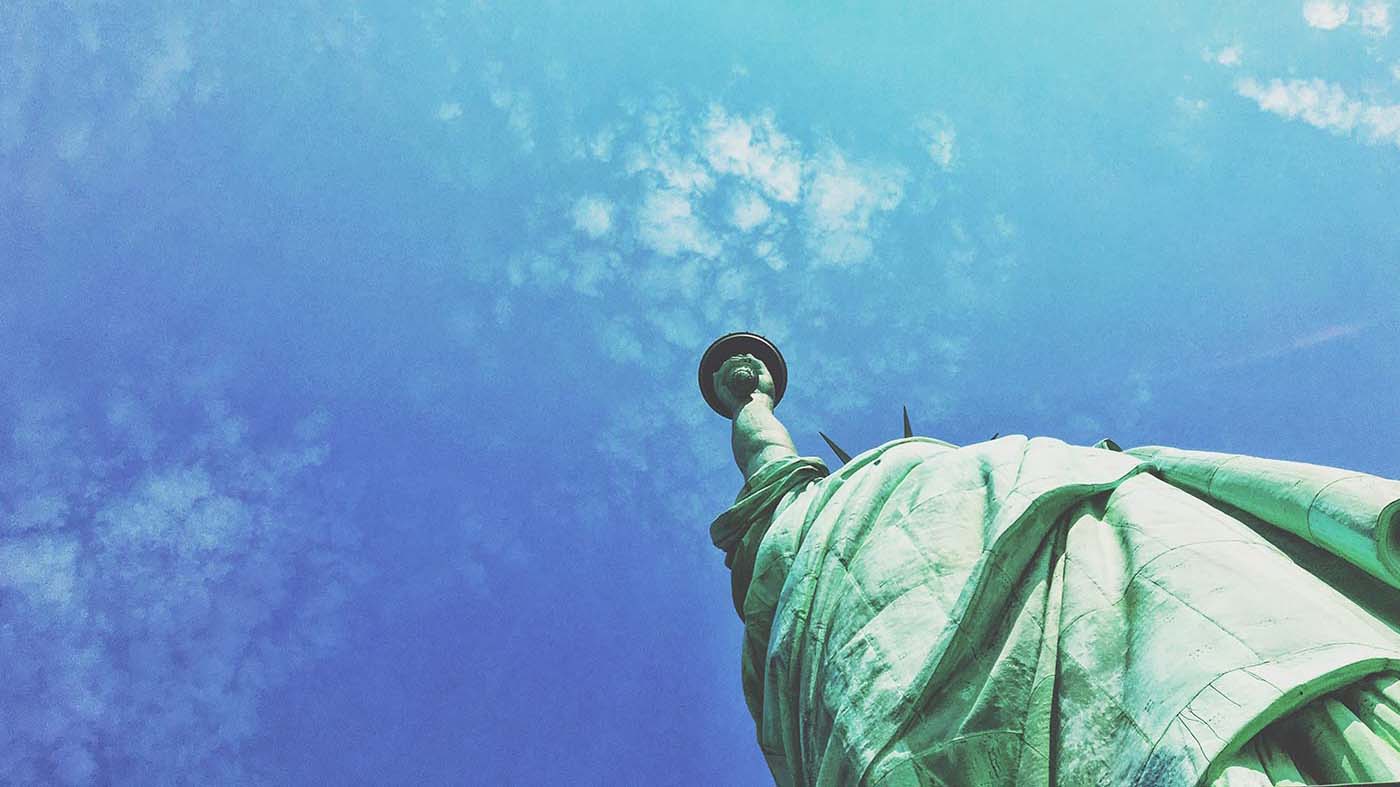 Day 2: History on the Hudson River

New York’s mark on the American story is indelible. For a close look at that history, cruise by boat to Ellis Island and the Statue of Liberty (allow about three hours for Ellis Island and five hours to visit both). Buy tickets in advance from Statue Cruises, run by the National Park Service, which offers service to both islands departing from Battery Park.

Don’t miss the free, park ranger-led 30-minute tour at the Immigration Museum at Ellis Island, on the site where more than 12 million people entered the United States during the late 1800s and early 1900s.

Post-tour, grab a bite to eat – hearty burgers, fresh seafood and craft beers ­– at Pier A Harbor House, set in a restored 1884 dock house overlooking the Hudson River. Or, explore one of the city’s hidden gems: go for a drink and oysters at the red brick Fraunces Tavern restaurant. Then-General George Washington bid farewell to his officers here at the end of the Revolution.

View of the Whitney Museum from the High Line

Heading north along the Hudson River, a visit to the glassy Renzo Piano-designed Whitney Museum of American Art — located in the Meatpacking District (tip: save on admission with pay-what-you-wish tickets on Fridays, 7 p.m. to 9:30 p.m.) offers more contemporary perspectives on the country and its culture. Extend the art tour with a stroll along the High Line, an urban oasis dotted with public sculptures. This elevated park built on a long-defunct New York Central Railroad line runs from the Whitney Museum north to Chelsea, and is nearly two scenic miles long.

Insider scoop: Hop off the High Line to shop at boutiques, browse Chelsea’s art galleries or relax with a drink at the enchanting Gallow Green at the McKittrick Hotel, a tucked-away rooftop bar and restaurant. 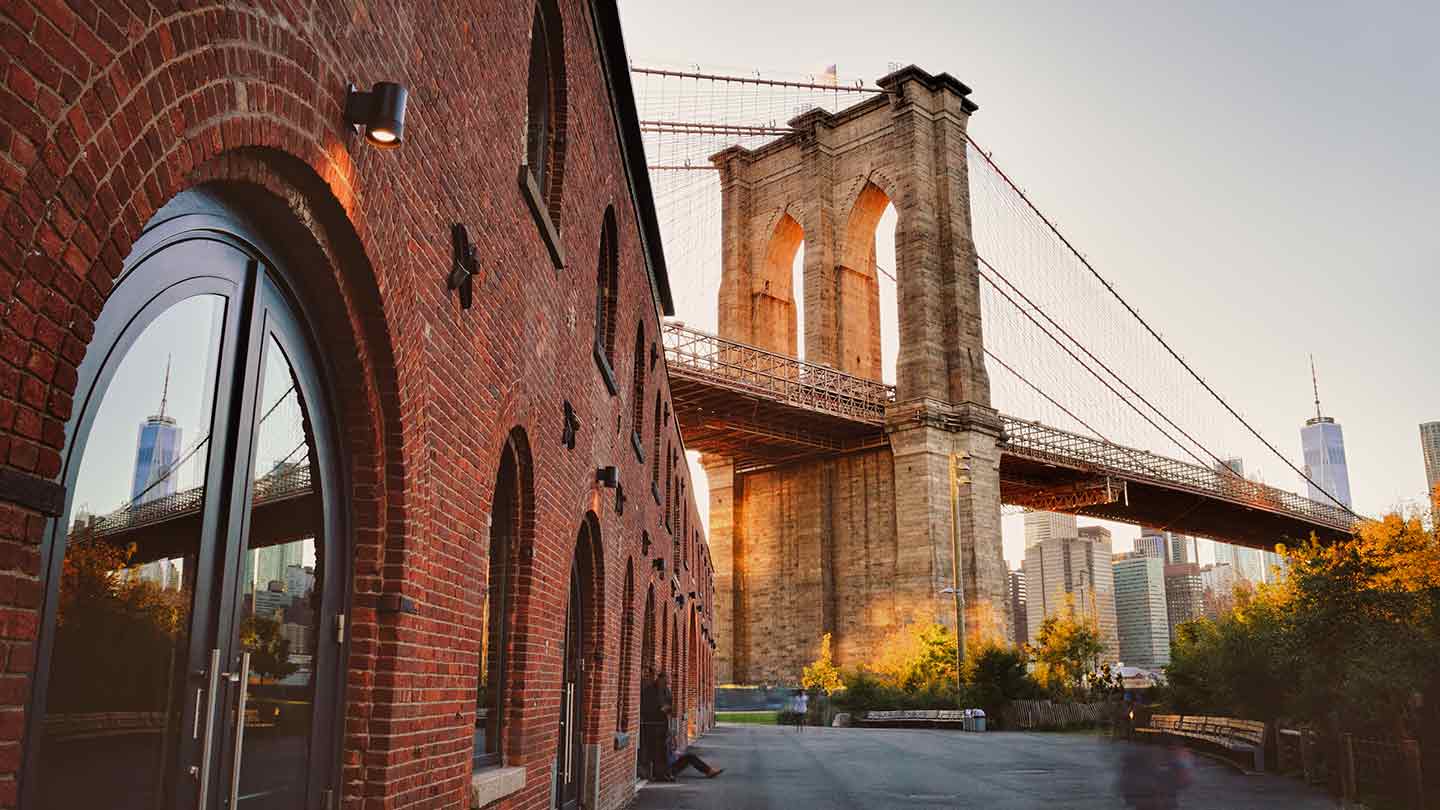 It’s remarkable to think that just a decade ago it could be tough to convince some taxi drivers to venture from Manhattan to Brooklyn. Today, the city’s most populous borough is practically its own global brand. A fitting introduction is to walk across the one-mile-long Brooklyn Bridge, built in 1883 and considered one of the top engineering feats of the 19th century. Snapping photos on the bridge is a tourist experience even the locals can’t resist.

With an appetite worked up, fall in line with the inevitable crowd outside of Grimaldi’s Pizza, famous for thin-crust pies fired in a coal oven. For something more upscale, Kristina Galankina, a travel agent with BNT Travel Group in Brooklyn, recommends lunch at The Osprey, a seasonal American restaurant at the sleek Hotel 1 Brooklyn Bridge, which opened in 2017.

Go on a hunt for oddball souvenirs — Brooklyn-themed tea towels, vintage kimonos, locally made pottery — at the Brooklyn Flea, a clutch of vendors and food trucks that convene under the archway of the Manhattan Bridge on Sundays (running April to October). Or, pop into the many design stores, clothing boutiques, art galleries and independent bookstores nestled in the storefronts and converted warehouse buildings lining the neighborhood’s cobblestone streets.

Have your cameras ready for the Lower Manhattan views you’ll spy as you amble along the East River through Brooklyn Bridge Park. This 85-acre waterfront green space marked by six piers is a favorite of locals who wander the landscaped pathways, use the sports courts, playgrounds and meet up for picnics at the grilling areas. Then end the day on a sweet note with a homemade scoop (or two) from the Brooklyn Ice Cream Factory, housed in a 1920s fireboat building in the shadow of the Brooklyn Bridge.

Insider scoop: You are never too old for a spin on Jane’s Carousel. At $2 a ride, the restored 1922 carousel is a delightful, budget-friendly thrill.

It might just be a nibble of the Big Apple, but with a bit of planning and solid insider tips you can help make sure that your visit to New York City is a memorable one — and possibly the first of many.

is a seasoned reporter and storyteller whose work has appeared in The New York Times, Forbes and the Los Angeles Times.

The content reflects the view of the author of the article and does not necessarily reflect the views of Citi or its employees and we do not guarantee the accuracy or completeness of the information presented in the article.

New York City Museums for the Bold and Curious