I’ll do pretty much anything to promote my new book on travel.

Like, for example, link to it in this very sentence. But I draw the line when a TV or podcast interviewer asks me on to discuss, say, “the hottest new destinations for 2019.” Even considering such a list is travel writer malpractice. Why would you recommend a place bound to be overpriced and packed with tourists?

Instead, I’d rather be invited to recommend places that are not hot this year, or next year…and may never be. Like the six places below, cities and regions that you’ve likely never heard of. I certainly hadn’t, anyway, when they were recommended to me. 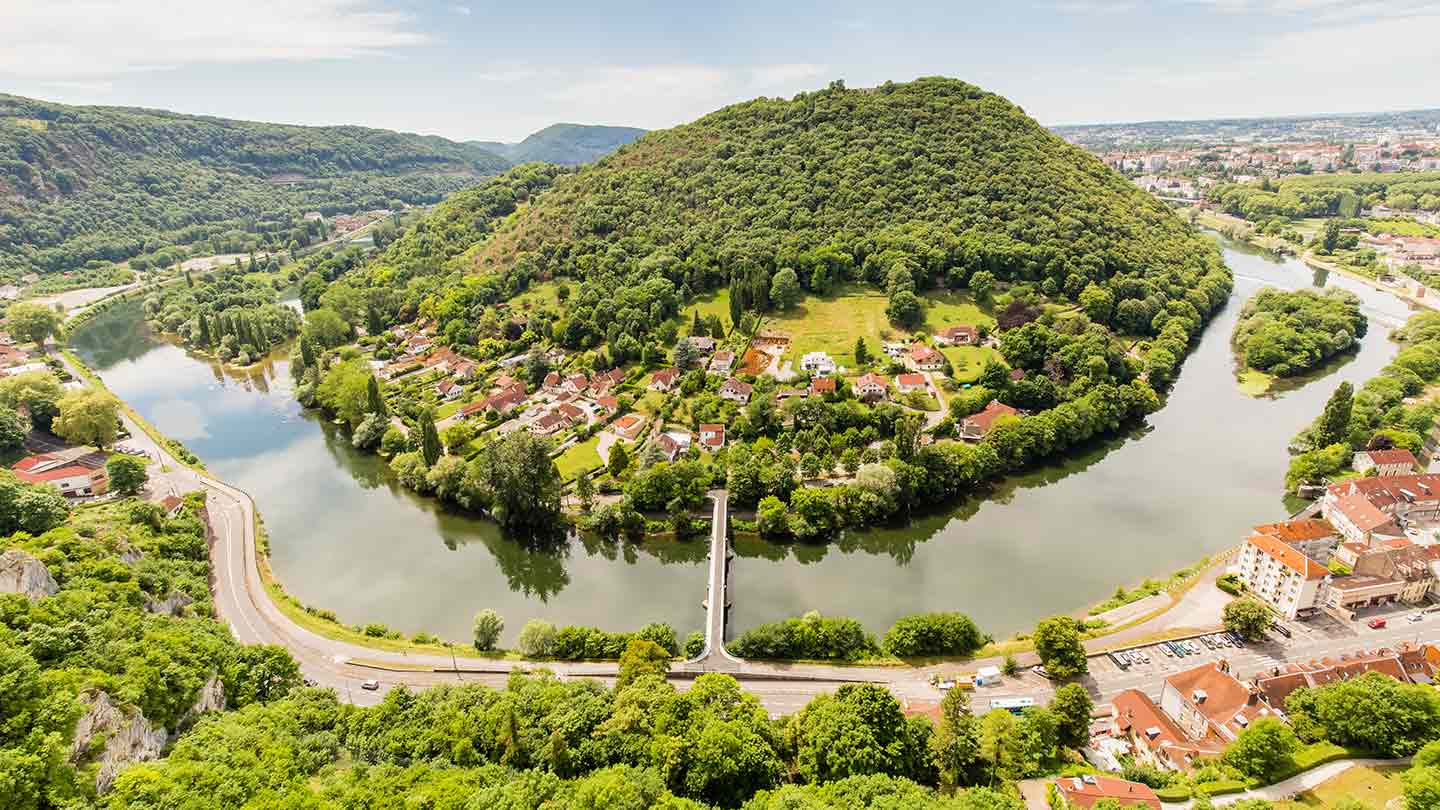 I first heard of the medieval city of Besançon, its (very) historic center located on a horseshoe bend of the Doubs River in eastern France, from a woman in line at a Paris theater in 2011. She was from the Franche-Comté region, of which Besançon was the capital. (I’d never heard of Franche-Comté, either, but it no longer exists, having since been absorbed into a larger region of Bourgogne-Franche-Comté.)

It took me a while, but in 2015 I finally got there. The city of 116,000 is about an hour’s drive from the Swiss border, and a 2.5 hour trip on the TGV (the high-speed train) from Paris. It’s easily walkable and quietly charming, with an infusion of energy from its university students and a jolt of creaminess from world-famous and locally produced Comté cheese, often found in the form of fondue.

There’s plenty to do, including the Citadelle, a 17th-century fortress that houses several museums, including the Museum of French Resistance and Deportation; the Natural History Museum (that oddly has a zoo among other collections); and the Comtois Museum. What there are not: crowds of international tourists. 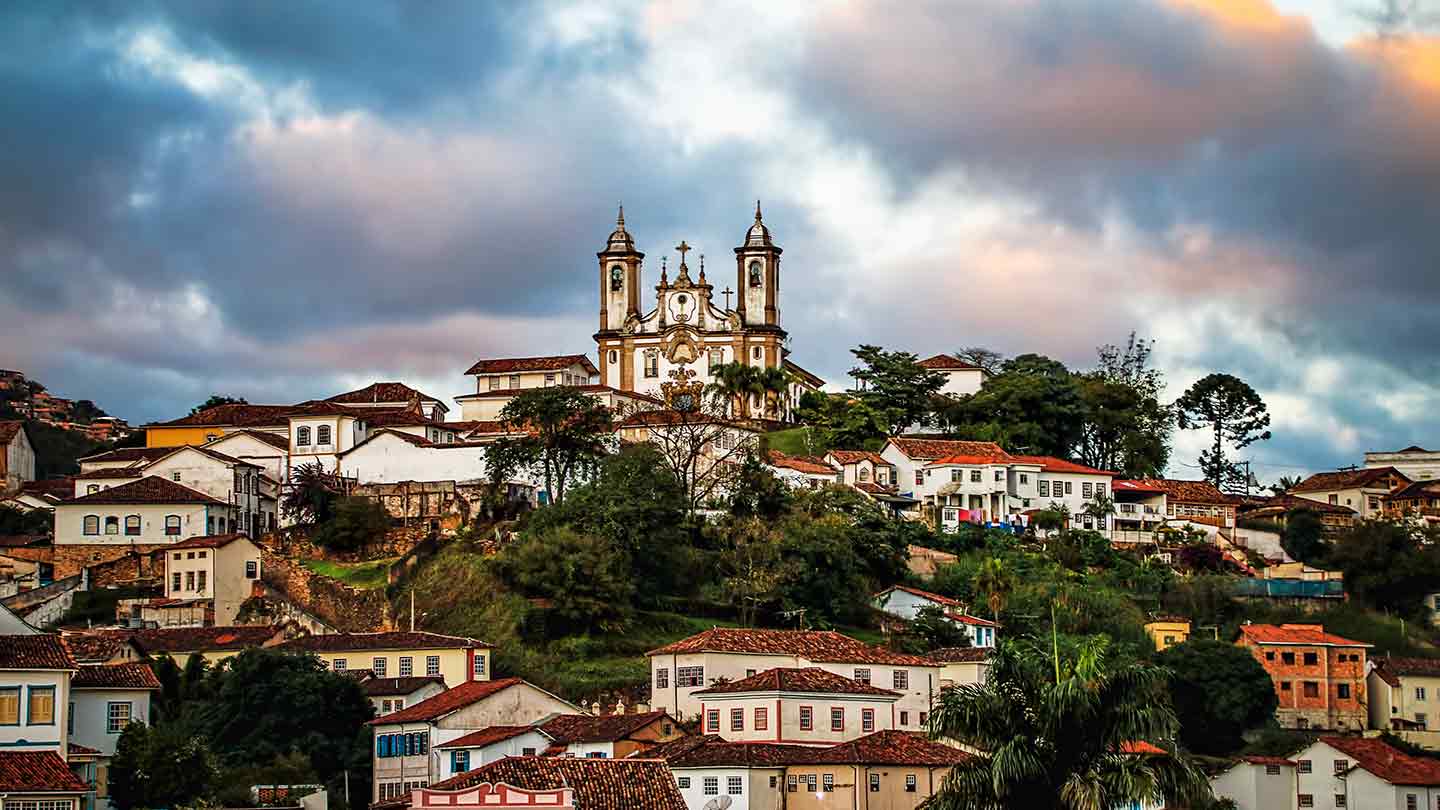 My original plan for my first ever trip to Brazil, in 2004, was to take a boat down the Amazon and then hit Rio de Janeiro, perhaps the country’s two most iconic destinations. But then someone — it’s too long ago to remember who — suggested a side trip to Minas Gerais state, which borders Rio de Janeiro and São Paulo to the north and is thus an easy side trip for anyone flying into those two cities (which is nearly everyone who goes to Brazil).

It’s a quick flight to Belo Horizonte, the state capital, and then a 90-or-so-minute drive to the winding, hilly streets of Ouro Preto, the best preserved of the well-preserved colonial mining towns that played a vital role in both the economic and political history of Brazil. (Minas Gerais, which means “General Mines,” is still a big producer of iron ore.)

Ouro Preto is the obvious pick of where to base yourself, but Tiradentes is a close second, quieter and a good choice for a more romantic time, which I found out the hard way. (I went there with two buddies and we found ourselves surrounded by canoodling couples.) Also within quick driving distance of Belo Horizonte is the must-visit a fantasy world of Inhotim Institute, contemporary art and rare palm trees set on 5,000 acres, funded by an oddball billionaire.

The state is perhaps most beloved for its food, known as comida mineira. The no-fats-barred, pig-heavy, stews-and-sweets-happy cuisine is often associated with pots bubbling on an all-you-can-eat buffet, and is also responsible for the gluten-free cheese puffs called pão de queijo that every traveler I’ve ever known leaves Brazil addicted to. 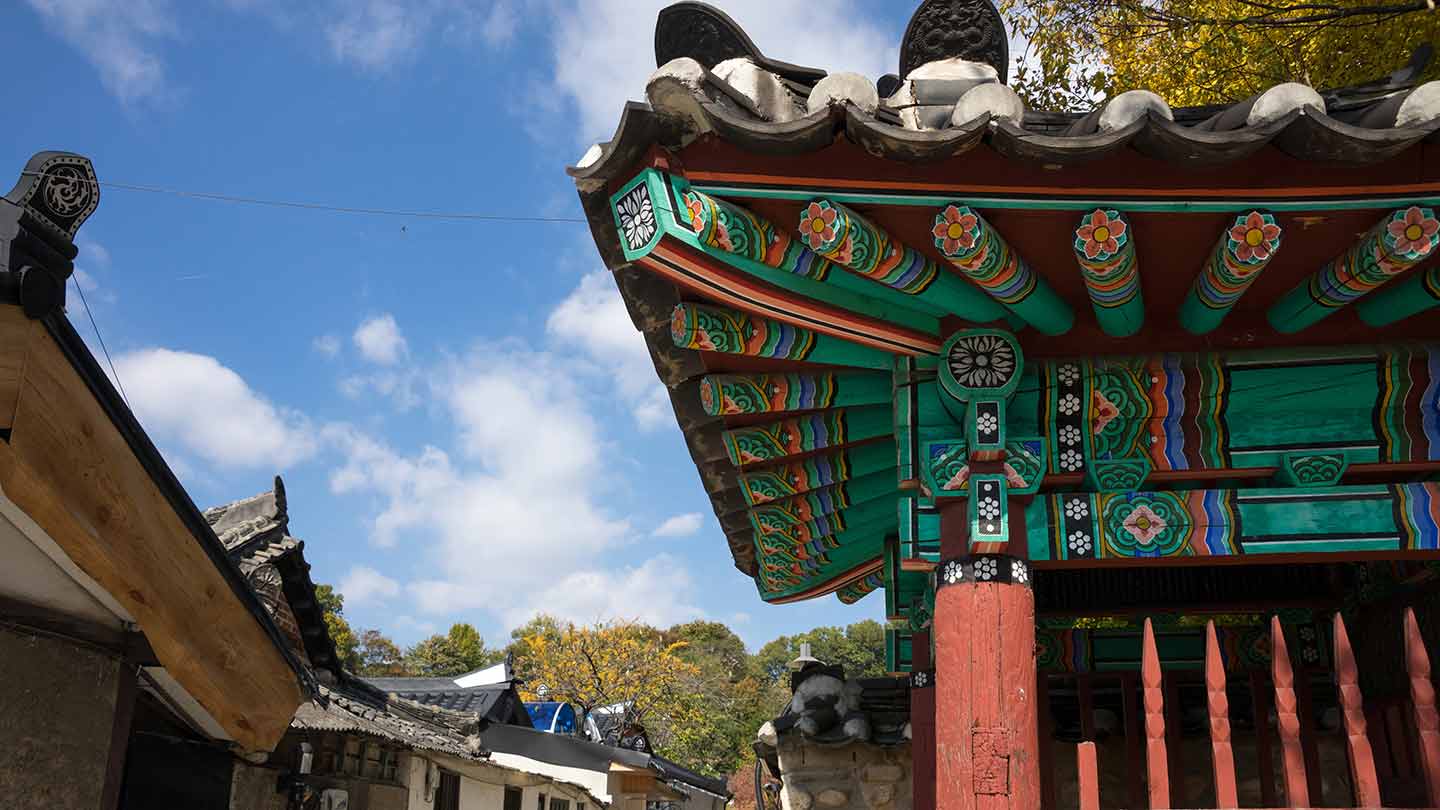 I’ve been hooked on the barbecued beef called bulgogi and the sour-spicy fermented cabbage known as kimchi ever since my college friend’s Korean mom cooked a feast for his friends during senior year. So, when I was planning a week in Korea and the friend of a friend in Seoul mentioned a city named Jeonju that was known as the guardian of Korean culinary traditions, I made sure to leave a few days for a detour.

There are things to do in Jeonju besides eat. You could easily spend a day at the Jeonju Hanok Village — a hanok is a traditional Korean house — generally considered one of the best preserved of such clusters in the country. But look up the other attractions somewhere else — I’m here to talk about the food. You’ll want to seek out the restaurants famous nationwide for their version of bibimbop, a sizzling mix of vegetables, rice, runny egg, red pepper paste and, if you like, meat. You’ll also want to try the traditional home-style meal called baek ban, and galbi (short rib) in many incarnations. For the most famous bean sprout soup (with garlic and jalapeños) in town, head to the Nambu and seek out Hyundai-ok, the cramped original location of a now-nationwide chain.

You’ll also want to go to one of the bars specializing in the milky, slightly sweet alcoholic rice drink known as makgeolli. It’s about as strong as wine and is served cold by the kettle in restaurants that feed drinkers for free. You might think it unwise to waste a meal. But as someone there told me when I expressed the same concern: “Bad food or restaurants do not exist in Jeonju.” 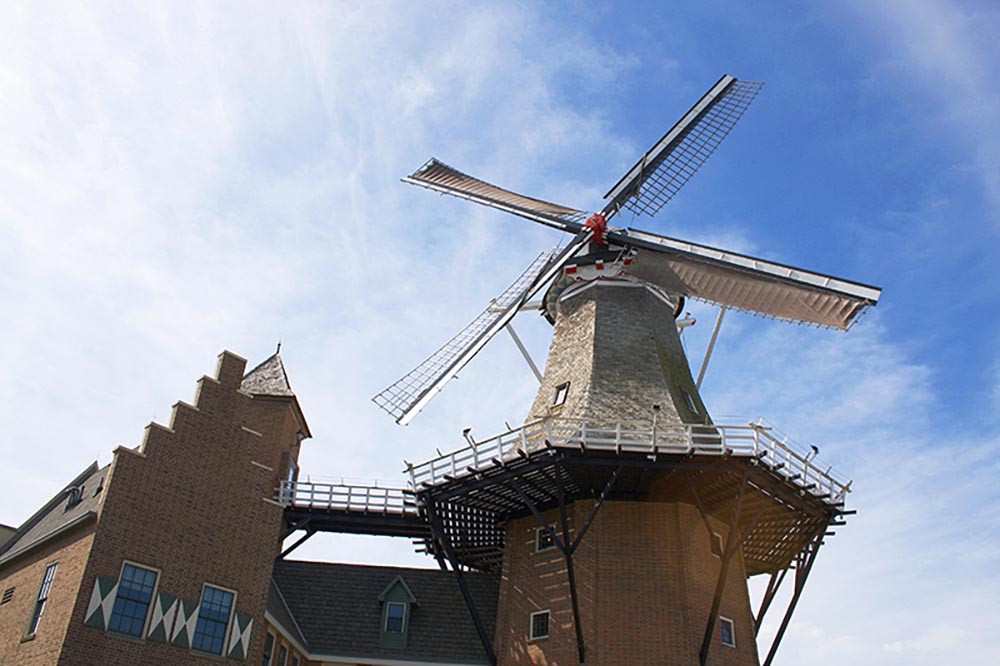 Before setting out on a Louisiana to North Dakota road trip in 2013, I put out the call to readers throughout the heartland: HELP! Tell me what to do! Hundreds of ideas came in, but one that panned out especially well was to go to this small town of 10,000 in Iowa, an easy day trip from Des Moines. Pella was founded by Dutch settlers in 1847, and you don’t need to come during the spring to take advantage of that. There’s also a historical village to roam, a real live Dutch windmill built in the Netherlands and best explored via the incredibly informative tour, and Dutch bakeries with treats like apple bread slathered with maple frosting.

You can also sample local wine (yes, Iowa wine!) at the Wijn House and have microbrews from the Midwest and beyond at the Cellar Peanut Pub, which also serves an award-winning Bloody Mary. Wait, did I say it was an easy day trip? Unless you’ve got a designated driver, you may want to spend the night after all. 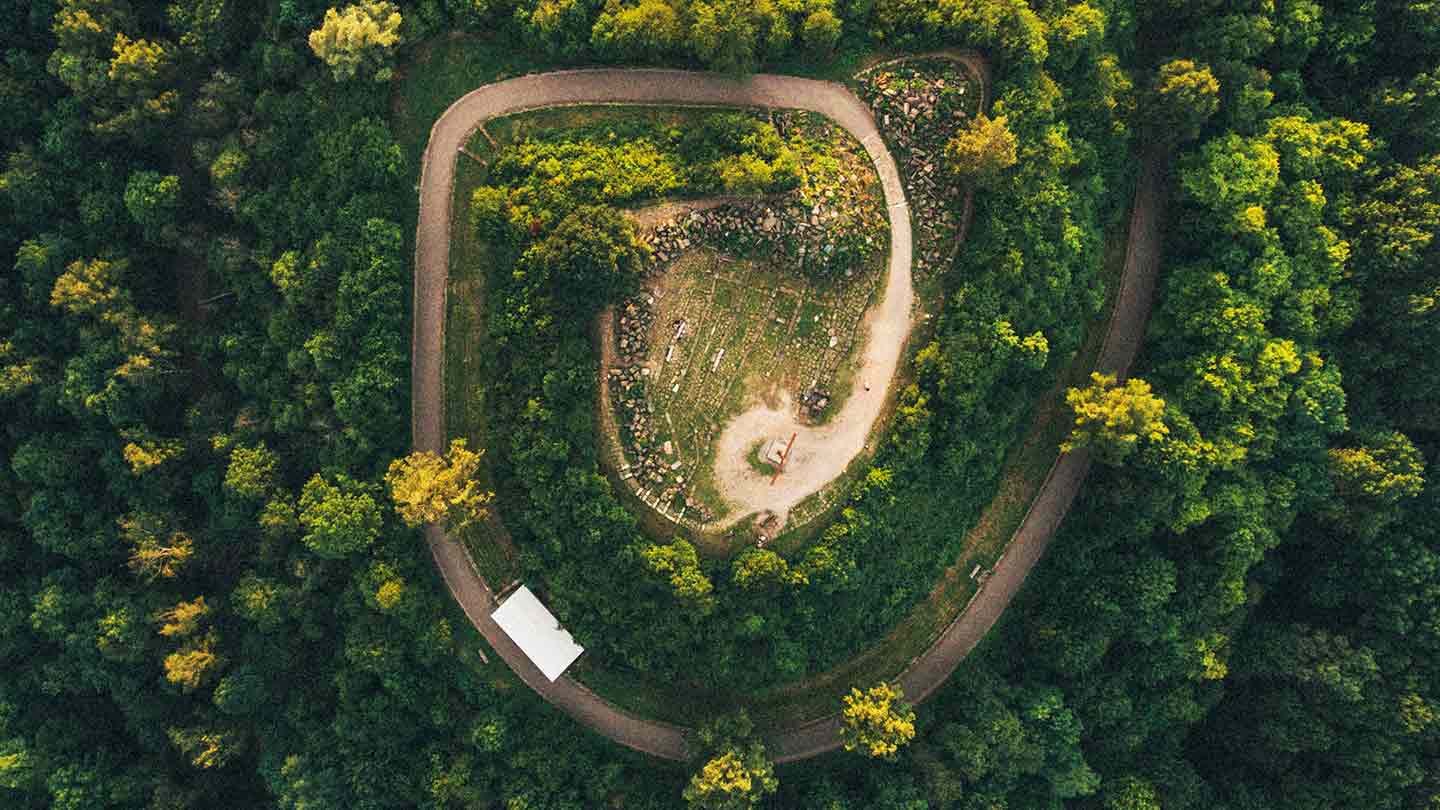 When a region is separated from its neighbors by hard-to-access mountain terrain, it often develops a unique and deeply rooted culture. The Ozarks and Appalachia are two fine examples in the U.S. So when the name of a region translates to “Beyond-the-Mountains,” it’s a pretty good bet something special is going on there.

My journey to far northeast Portugal began in a bar in Madrid, when I asked a Portuguese woman what I ask pretty much everyone I meet who’s from a place I’d like to visit. “Where should I go in your country that most travelers don’t know about?” She had family in Trás-os-Montes, where ancient villages still stand (barely) and families host traditional pig slaughters come Christmas season. Culinary specialties also include the meat-and-bread sausages known as alheiras, and posta milanesa, a tender cut of veal from the local Mirandese breed of cattle. Mirandese is also the name of the local language, the country’s only official language aside from Portuguese. How did it survive when so many other languages and dialects disappeared elsewhere in Portugal? Because it was spoken, of course, beyond the mountains. 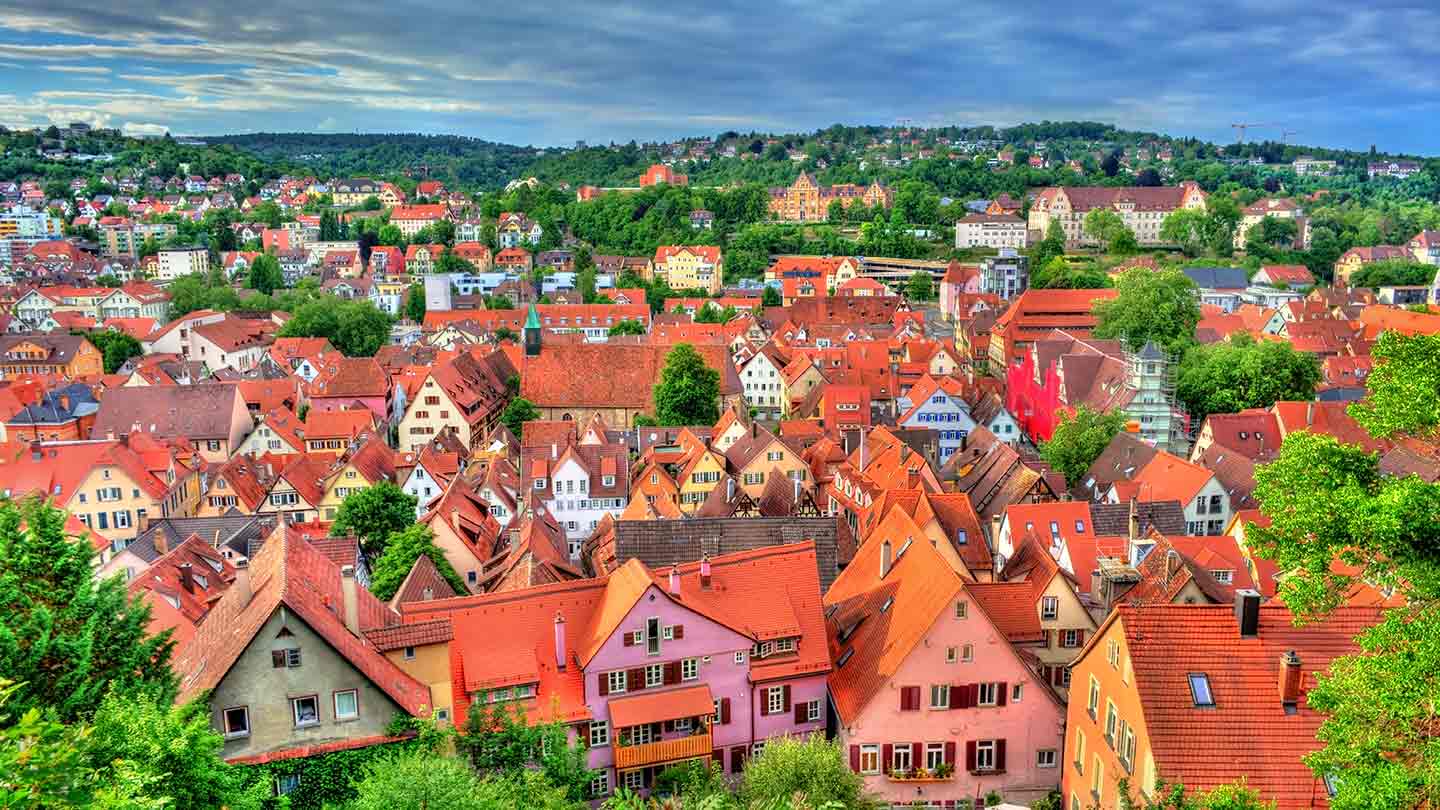 When I became a German citizen in 2015, I decided to head to Germany to commune with the country my father’s family had fled in the 1930s. But I’d already been to modern Germany several times, and so decided to seek out the more storybook, Hansel & Gretel version (preferably sans witches). A friend of a friend in Berlin suggested the university town of Tübingen, and it took little more than an image search to see he was right.

So I went and walked through the fairy-tale, cobblestoned city center, admiring half-timbered buildings, buying sausages and cheese at the old-fashioned market, eating schnitzel and spätzle at restaurants and visiting the surprisingly excellent university museum. At night I checked out the energetic nightlife (think plenty of beer and live music).

The owner of the apartment I rented there called the town “a bubble of happiness and perfection,” which seemed about right — except the perfection went beyond the bubble. One day I rented a bike and rode the seven miles down the Neckar River to the no-less-charming (but much quieter) town of Rottenburg, home to a Roman museum, which includes, most notably, the largest excavated Roman latrine north of the Alps. Something I didn’t know existed, in a place I had never heard of. To me, a destination doesn’t get any hotter than that.

is a travel writer and the author of Rediscovering Travel: A Guide for the Globally Curious, published in November 2018.

The content reflects the view of the author of the article and does not necessarily reflect the views of Citi or its employees, and we do not guarantee the accuracy or completeness of the information presented in the article.

How to Plan an Awesome Group Adventure

This Summer, Send the Adults off to Camp